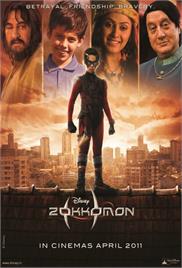 After the passing of his parents in an accident, Dehradun-based Kunal continues to study in a prestigious school, but is asked to leave and live with his paternal uncle, Deshraj; his aunt, Rajrani, and a cousin brother. Upon arrival, he is given a lukewarm response, and enrolled in the village school where not only he but all children are beaten and abused by teachers, especially Shantaram. When authorities find that Deshraj has embezzled Rs.80 Lakhs, he decides to cash the investments left behind by Kunal’s parents, but finds that he can only do so after Kunal’s death. He takes Kunal miles away to the fair, abandons him, returns home and informs everyone that Kunal is dead, and subsequently takes charge of the investments. Kunal befriends a petty thief, Kittu, who lives in an unoccupied house and adjusts to this new lifestyle. But more changes are in store for him after Kittu gets arrested, and he decides to return home to his uncle. Once there, he is mistaken for a ghost and takes shelter with a scientist, Dr. Vivek Rai, who, using special trick photography, transforms him into a superhero, Zokkomon. Through his new identity Kunal brings about positive change in the community and ends the abuse inflicted on school-children – but not for long – for Deshraj finds out and undertakes to ensure Kunal’s demise once and for all.