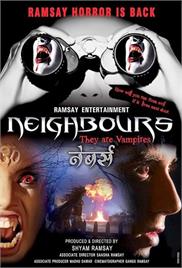 The plot is about vampires among us in the city. They were on a killing spree. These vampires had made their abode opposite Sanam’s house. No body had believed Sanam when she said that her neighbours were not normal… they were eerie scary people.. No body had believed the truth when Sanam said that her neighbours were VAMPIRES… Neither her family nor her friends… Even her professor didn’t pay attention to her… Will Sanam be their next target? How will this killing spree end? Who will stop these blood sucking vampires?

Also Known As: Neighbours – They Are Vampires