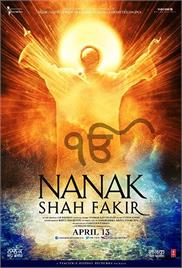 Nanak Shah Fakir, the film has been a meditation of each waking day that began as a dream I saw one particular night. The film is named on the life and teachings of Guru Nanak. Born in 1469 A.D. Guru Nanak traveled the world to spread the essence of ‘Ik Onkar’ (there’s but One God) as a way of life. The film, follows the great saint on an epic journey across the globe, spreading the Lord’s message of equality, peace and ‘Ik Onkar’. It’s a first-of-its-kind film in about 600 years of Sikh history, and has been depicted through the voice of his friend, companion and disciple ‘Bhai Mardana’. Guru Nanak was referred to as ‘Shah’ by the Muslims and ‘Fakir’ by the Hindus, the highest honor given in both religions and hence came to be known as ‘Nanak Shah Fakir’. – Harinder S. Sikka Producer