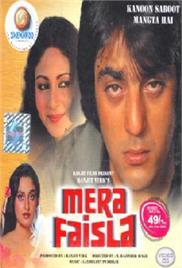 Raj Saxena is in love with fellow collegian, Rati Verma, and both want to get married. Rati introduces Raj to her father, Major Verma, who, after finding out about Raj’s background, decides to have nothing to do with him. For the Saxena family carries a stigma against their name – that of cowardice, betrayal, and corruption – which former Police Inspector Anand R. Saxena, Raj’s dad, was accused of. Raj is humiliated by Verma’s treatment, and swears to clear his father’s name by joining the police force. What Raj does not know that in so doing, he has made himself a puppet in the hands of the very people who branded and stigmatized his father.