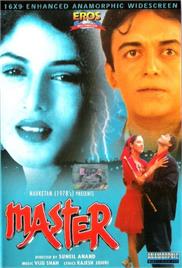 A modern day story of an innocent boy (Ravi) of Royal lineage who is sent to Hong Kong by his Father’s conniving manager (Kailash Choudhary-K.C.) to train in the Martial Arts–the boy’s passion. K.C. eliminates the boy’s father and usurps his properties. And Ravi is set up by K.C. who plants drugs in his baggage. As a result, Ravi is arrested and spends the next 12 years of his life in a Hong Kong prison where he is thrown into a cell with a Wing Tsun Kung Fu Grandmaster (Sifu). Ravi befriends him and learns his art only to return to his hometown in India as a “MASTER” of this martial art and take his revenge against K.C. and his coterie of Martial Arts henchmen.