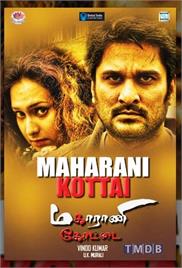 Sanjay, the lead character, buys a mysterious house in a village. He gathers his friends and sets off on a mission to find out the hidden truth. The house is haunted, and Sanjay is curious to know why. Meanwhile, two of his friends are killed during their stay in the house. The quest to identify the murderer continues.