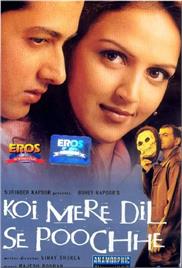 Dress designer, Aman Puri (Aftab Shivdasani) is the only son of the Puri family. His dad (Anupam Kher) wants him to marry, but Aman insists that he will not marry unless he meets the girl of his dreams. He does meet her, in the form and person of Esha Singh (Esha Deol), but she will not have anything to do with him. When Aman persists, his dad decides to go and talk with Esha’s mom, Mansi Devi (Jaya Bhaduri), who indicates that she is open to Esha’s marriage with Aman. She talks to Esha and convinces her Aman is suitable for her, to which Esha agrees. Delighted Aman gets ready for the marriage, when Dushant (Sanjay Kapoor) disrupts their lives by claiming that the entire marriage is a hoax, people are not what they seem, Mansi Devi is his mother; and Esha is a married woman; and Dushant is her husband.