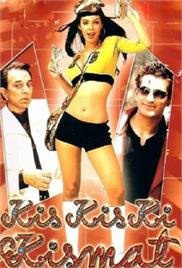 A famous miserly stockbroker/financier throws his annoyingly extravagant wife’s saffire necklece off the roof of his mansion to prove to her he’s not a miser but understands the value of money. It accidently lands on a gorgeous bimbo and breaks her plastic earrings. He buys her matching earrings from a jewelry store and the rumours of his alleged affair with her begin. Meanwhile a linguistically challenged Iranian Chef turned failed hotelier, who owes the Financier a lot of money decides to invite the girl to stay at his hotel so that the financier is unable to foreclose it. Unfortunately the Millionaire’s lazy, dumb son falls in love with his father’s alleged mistress. What follows is a mad comedy of errors which results in a huge nationwide scandal, divorce proceedings and insider trading which threatens to shake the stock market of the country.