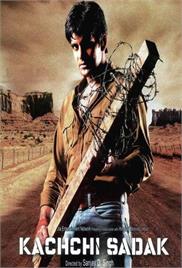 When Randhir’s widow mother’s remarriage belies the reform it stands for, he takes to the streets, getting involved in the liquor trade as a strong arm, making money and enemies with equal rapidity, yet hoping to give his mother a happy life someday. Guided by his close confidantes and his girlfriend, he finally achieves his goal and denounces violence. Just then, he is emotionally led into using his fists for the last time for a good cause. Life takes a tragic turn and he lands behind bars to face all his foes. Yet, the dawn of a new life is only a step away. Will he make it?