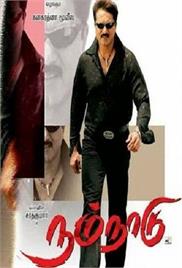 Aspiring to become the state’s next Chief Minister, Education Minister Aalavandhar conspires with his corrupt son-in-laws, Ilamaran and Sathya, to do away with the opposition and enable an uncontested election. He then decides to allocate land to a soft-drink company but faces opposition from his idealistic son, Muthazhagu, who belongs to the youth wing of his own political party. The latter, with the help of the courts, is able to overturn the land allocation but ends up alienating his entire family against him. Sathya and Ilamaran then conspire against Muthazhagu, and create challenges and obstacles for him in order to compel him to leave politics. When they find out that he is adamant and even willing to contest the elections against his father – they decide to do away with him – once and for all.