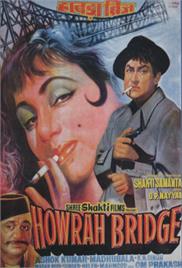 Rakesh lives with his brother, Madan, and his dad in Rangoon. Madan has fallen into bad company and steals the family heirloom, in the shape of a dragon, some cash and runs away to India. Shortly thereafter, his dead body is found under Calcutta’s Howrah Bridge. Rakesh travels to Calcutta in order to find out the mystery behind Madan’s death, and also try to recover the family heirloom. His investigations take him to a shady hotel run by Uncle Joe, where an attractive dancer named Edna performs a dance every night. Rakesh finds himself attracted to Edna, and he confides in her why he is here and she decides to assist him. Rakesh comes to know that a man named Bhiku had witnessed his brother’s murder, and sets off to find him. Before he could meet him, Bhiku goes missing and no one knows about his whereabouts. Watch what Rakesh does next in order to solve this mystery, recover the heirloom, continue to woo Edna, and catch his brother’s killers.