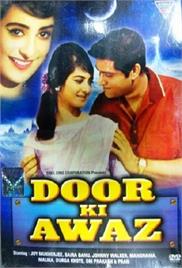 Prakash lives a wealthy lifestyle in Chandan Nagar along with his sister, Mala, and widowed mom. While traveling by train, Mala meets with an accident and is hospitalized. Also hospitalized are Kailash, Motilal, and a woman who has lost her memory after being molested by Kailash. Prakash and Mala decide to take this woman with them, they call her Jyoti, and after overcoming many objections from their pious Hindu mother, Prakash weds Jyoti, while Moti, who lives with his parsimonious father, Dhanpath Rai, weds Mala. Shortly thereafter Jyoti gives birth to Raju. On Raju’s 3rd birthday, Jyoti goes to invite Mala and Dhanpath to his birthday party, but disappears from their lives. Prakash searches high and low, as well as lodges a missing persons’ report with the Police – to no avail. Then a year later, while attending a wedding in Poona, Prakash comes across Jyoti, who now calls herself Bela, and is a dancing/singer courtesan. It looks like Jyoti has regained her memory, but is unable to recall her life with Prakash and even her son, Raju. When Prakash attempts to bring her home, he is faced with 3 hurdles, namely his very own mother, who will never permit a courtesan to enter her household; brothel madame Champabai, who refuses to let go of Bela; and Bela herself – who steadfastly refuses to accompany Prakash as his wife.