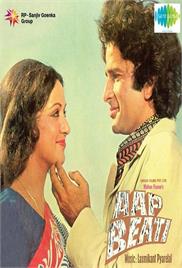 The Kapoor family consists of Kishorilal, his wife Lajjo, son, Prakash, and daughter, Geeta. Kishorilal and Geeta toil hard to ensure that Prakash gets a good education so that he can study in America, return home, and repay the loans that the family has taken. Prakash does get to complete his studies, he also travels to America, upgrades, and returns home to be employed as Kishorilal’s boss. Then Prakash gets married to Reena, who comes from a wealthy family, and moves in with them. Geeta confides in Reena that she has met a young man by the name of Ranjit, both are in love and want to get married. The entire family is overjoyed, but their joys are short-lived when Ranjit’s dad, Mayadas, asks him to get married to the daughter of a wealthy man, when he refuses, he is asked to leave. Reena wants a better lifestyle and convinces Prakash to not only move out, but not have anything to do with his parents and their loans. The onus is once again on Kishorilal and Geeta to repay the loan, but Kishorilal becomes ill and is unable to work. Geeta gets chance to travel to Paris for 3 weeks to further her career. When she returns, nothing is the same anymore. Her mother has lost her vision in a fire, her father has passed away, and a deadbeat Ranjit is considering taking to crime just to stay alive.