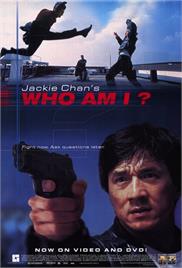 It all started when a bunch of commandos (including Jackie of course) kidnapped three scientist who were studying very powerful meteorite fragments. The mission was a success – until one of their superiors double crossed them. The commandos were then killed in a chopper crash, except Jackie who fell out of the chopper. After that, Jackie was picked up by a a tribe of South African Indians, who then asked him his name. Sadly, Jackie had lost his memory and shouted ‘Who Am I?!’ which led the Indians to think that it was his name. So he started learning their cultures and customs, while also trying to pick up their language. Later, he started having memories of things that happened before the crash, and he decided to leave the Indians in search for his identity…